The major areas of growth are occurring in the towns between Beaufort and Hilton Head and to the west. 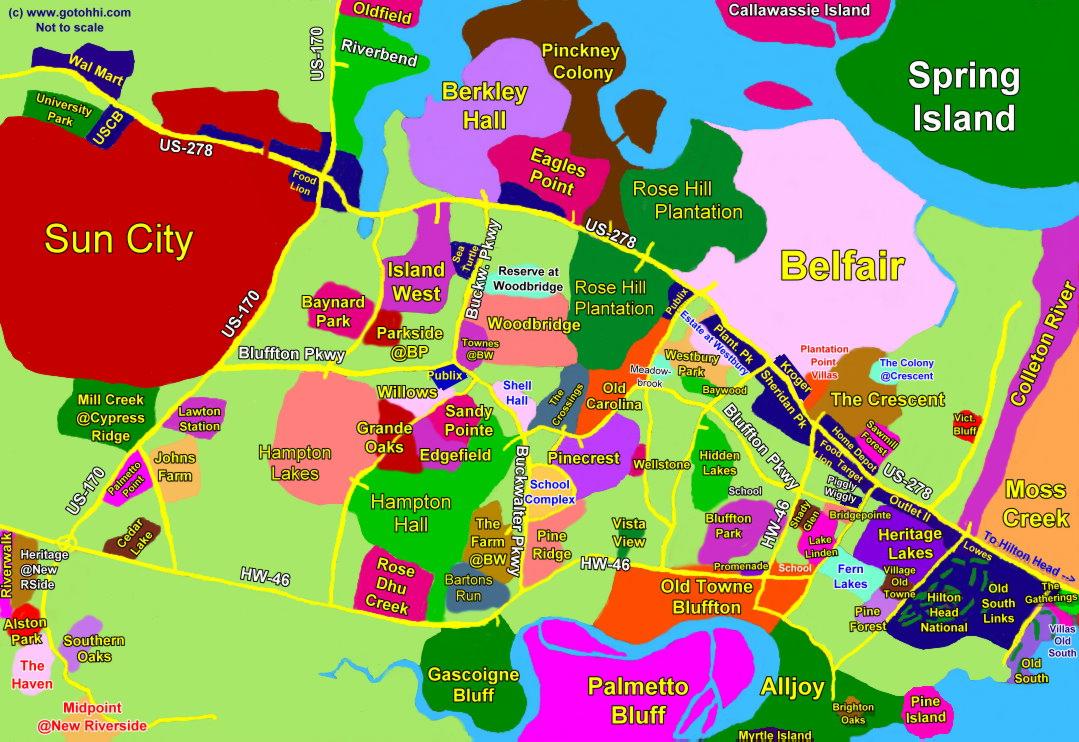 Okatie lies along SC-170 from the Broad River to US-278.  Callawassie Island, Spring Island and Oldfield Plantation are along the way.

Bluffton lies to the east of SC-170 all the way to Hilton Head.  The map shows the many Plantations, communities and neighborhoods offering something for everyone. US-278 (Fording Island Road) is along the north, SC-46 (May River Road) is to the South, and Bluffton Parkway meanders between the two, joining US-278 at the “flyover” leading to Hilton Head.

Sun City is just west on US-278. Within the private gates of Sun City Hilton Head, you’ll find resort-style amenities and activities, including three golf courses, multiple fitness centers and pools, and a performing arts theater. River Bend is their upscale section with custom homes and larger treed lots.

Hardeeville (Jasper County) lies to the west on US-278, and points south, west of SC-170. Many new developments attract many young families and retirees.

Thank you for contacting us, we'll get back to you shortly.

Sorry, we are unable to send your message at the moment. Please try again later.